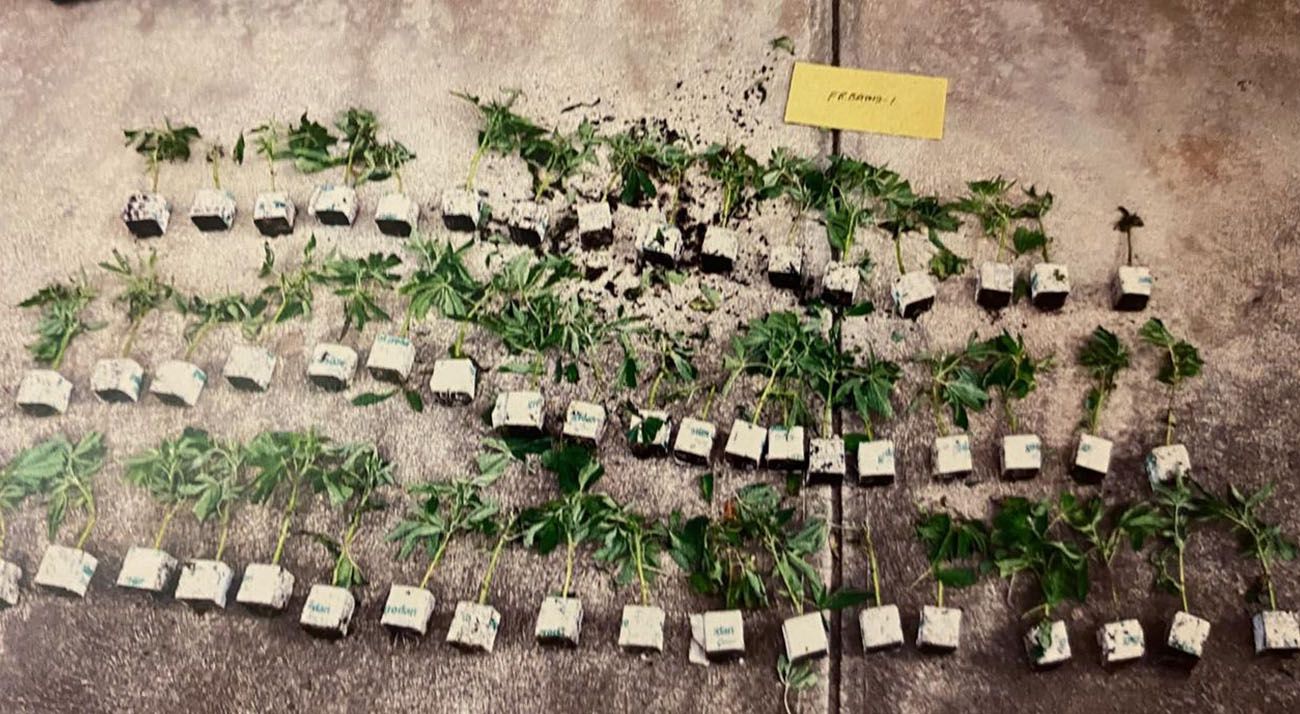 A South Australian court has sentenced four men to a combined 30 years in prison over their role in a $10 million cannabis operation.

Thanh Chi Nguyen, Hoang Tran, Hai Ngoc Nguyen, and Xuan Bing Tran all faced court on June 4th. All four men are Vietnamese nationals who came to Australia for education and work. They were each individually recruited into a large-scale drug syndicate that grew cannabis across ten Adelaide rental properties.

South Australia police raided each of the ten grow houses between February 2018 and September 2019. In total, police seized over 1,640 cannabis plants valued at over $10 million. Police also seized $72,065 in cash and 71 kilograms of dried cannabis. The dried cannabis would be worth at least $710,000 on the black market.

You can see the proceeds of the raids below.

While the four men were all given prison time, District Court Judge Joanne Tracey stated that the cannabis operation was run by “bigger bosses.” The stories of the four men follow.

Thanh Chi Nguyen, 29, entered Australia to study IT and English but ran out of money. He worked for the syndicate after his visa was cancelled. Judge Tracey gave him five years, seven months, and 28 days in prison.

Hoang Tran, 29, entered Australia on a student visa to study accounting at the University of Adelaide. While here, he got married and set up a farming business. He was recruited into the cannabis syndicate after the business failed. He was given four years, four months, and twenty-six days in prison.

Hai Ngoc Nguyen, 32, came to Australia to find work to pay off his mother’s gambling debts. According to Judge Tracey, he cared for cannabis crops and helped with the “financial aspects” of the operation. Judge Tracey gave him a prison sentence of ten years, nine months, and nineteen days.

Xuan Binh Tran, 27, came to Australia as a student nine years ago. While here, he accrued $30,000 in gambling debts and joined the cannabis syndicate. Judge Tracey gave him a prison sentence of nine years, two months, and thirteen days.

Two other men were also arrested in the raids, though they have both been deported. The men sentenced in District Court will be deported back to Vietnam after their non-parole periods. Police have since dismantled the grow house operations and destroyed the cannabis inside.