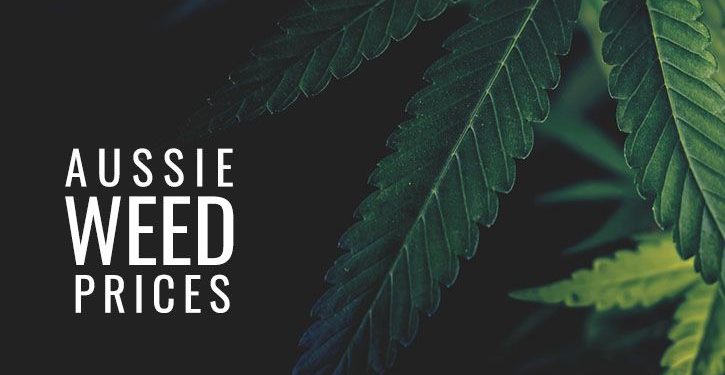 Whats the cost of weed in Australia

Cannabis prices fluctuate based on the typical factors which most consumer goods do – quality, supply, and demand. However, with recreational weed (currently) illegal in Australia, prices must also factor in a degree of risk. So how much does weed cost in Australia?

Here’s a list of the latest weed prices in Australia:

Questions? Have a read of the most asked questions about how much weed costs in Australia:

Why do the prices differ from city to city?

Unlike typical consumer goods, which are priced relatively similar throughout the major capital cities in Australia, the story’s a little bit different for weed. But why?

Every extra kilometre weed must travel to reach its consumer, increases the risk of seizure (which still occurs a lot in Australia) or something going wrong during transit. And more risk, equals a higher price to pay.

As such, the most isolated cities such as Perth, Darwin, and Hobart, have the highest prices of weed in the country.

Is there a price difference between black market and medicinal grade marijuana?

Australia’s healthcare and drug administration systems are some of the most stringent in the world. It’s filled with rules, regulations, taxes, tariffs, red-tape, and a whole lot of auditing and due diligence.

All those factors push the price of medical marijuana far above the current rates for black market weed.

Keep in mind, however, all those factors also ensure the marijuana you’re going to be consuming in some of the highest quality, and safest in the world.

Want to know who’s currently serving the Australian demand for medicinal marijuana? You can some of the most prominent ones on this list of all the cannabis companies listed on the ASX.

How to Australian prices compare to other countries?

As Australia benefits in many ways when it comes to being an island, there are some negatives as well.

For consumer products, that generally means paying a higher price for the same items in other countries, simply because it’s harder to bring the product to our shores.

There’s only two ways to get weed into Australia – boat or plane. Both extremely risky and expensive, further increasing the price end-consumers must pay for the product.

Of course, that’s not stopping many individuals and organisations from cultivating their own weed right here in Australia. And many do it successfully, but there are also many who become subject to police raids, have their crop seized, and ultimately destroyed.

For comparison, a gram of weed in Ontario, Canada, will cost you around $5-$10. Down south in Colorado, the first state in the US to legalise recreational cannabis, a gram of quality cannabis will set you back around $5.

What will happen to weed prices when recreational cannabis is legalised in Australia?

Surprisingly, it’s not what you may think. Just because recreational weed may now be legal in Australia (like it already is in the ACT), doesn’t automatically mean it’s going to be cheaper than continuing to buy from the black market.

Safety, regulations, taxes, employee, payroll tax, land tax, rent, production costs – these will all be factored into the price of weed when Australia finally legalises it.

In saying that, there is good news – prices will come down, eventually. We don’t have to guess, because Australia’s economics are quite like the US, and some of their states have legalised weed more than 6 years ago – such as Colorado. So how have their prices reacted to legalisation?

As you can see, prices increased for the first 6 months, then declined on a steady pace for the years to come. The same is seen in Washington, who legalised in July 2014.

Special thanks to Grizzle and BDS Analytics for providing the graph and data.

Remember – although prices of weed may come down after legalisation, doesn’t mean it’s going to become socially acceptable to drive on cannabis. The penalties are heavy, and you are a danger to yourself and others whilst driving on cannabis.

More questions on the price of weed in Australia? Leave a comment below!

Hemp v Cotton for clothing: which is better?