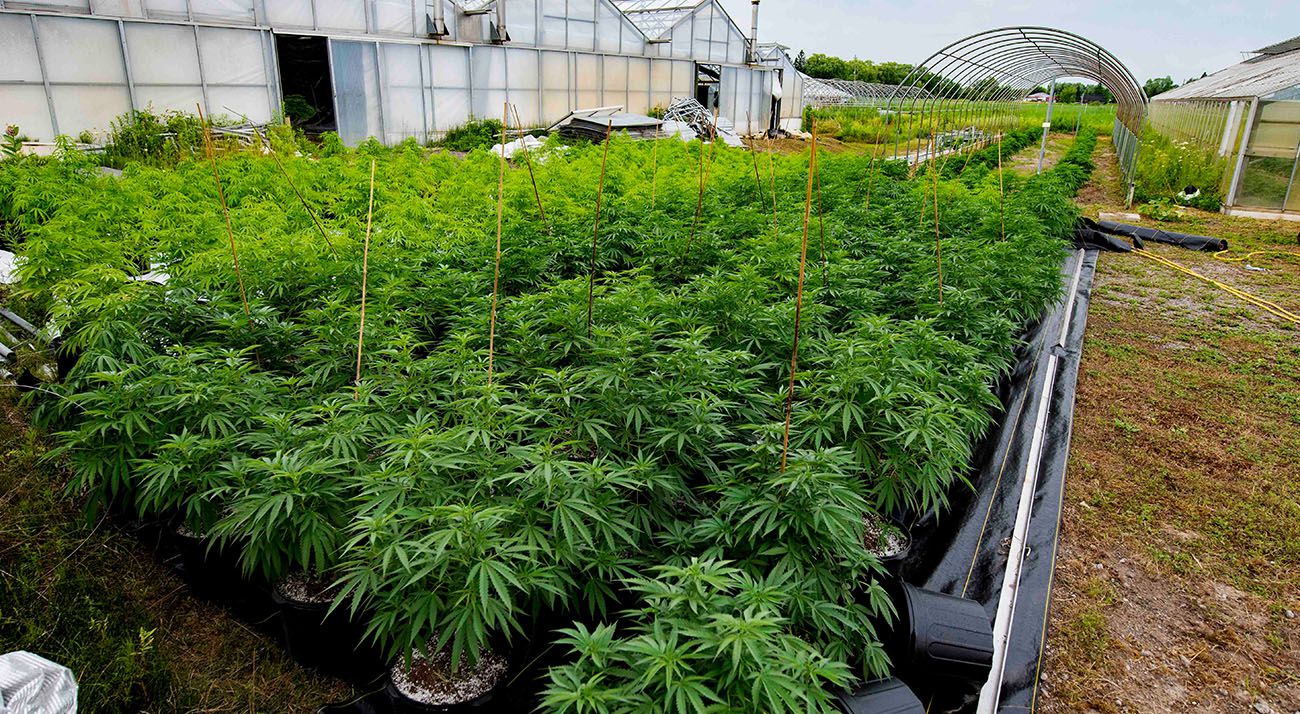 Canadian police have seized 3 kangaroos and 2 zebras during a series of cannabis raids in Schomberg, Ontario, last Thursday.

Although the recreational use of cannabis is legal in Canada under the Cannabis Act, cultivators must be licensed to grow, process and sell the drug. While the black market for cannabis has shrunk since 2018, police believe criminal organisations are continuing to produce cannabis to fund their other operations.

Investigators from the York Regional Police Organized Crime Bureau’s Guns, Gangs and Drug Enforcement Unit (how’s that for an official name?) seized the kangaroos and zebras during a raid that extended over 15 properties north of Toronto. The search warrants resulted in the seizure of 28,964 cannabis plants and 1,809 kg of dry cannabis. According to the general prices of cannabis around the country, the cannabis would be worth at least $22 million here in Australia.

Officers also seized the animals, 7 firearms, 2 crossbows and an item they refer to as a “conducted energy weapon”. Police have valued the seized items and cannabis at over CAD $150 million, or AUD $160 million.

Police believe the kangaroos and zebras were either pets or destined to be sold on the black market. It is unknown where the kangaroos came from, but they are now in the hands of Canada’s Animal Control.

The raids were a part of a major Canadian Police operation known as Project Green Sweep. Project Green Sweep has laid 67 charges across 37 people. Police are continuing to investigate the operation, but believe organised crime operations are exploiting Health Canada’s outdated licensing system as well as medical cannabis regulations.

York Regional Chief of Police, Jim MacSween, was quoted in a police media release as saying:

The illegal production of illicit cannabis is a growing problem in York Region and our citizens regularly call to report these large-scale indoor and outdoor grow operations.