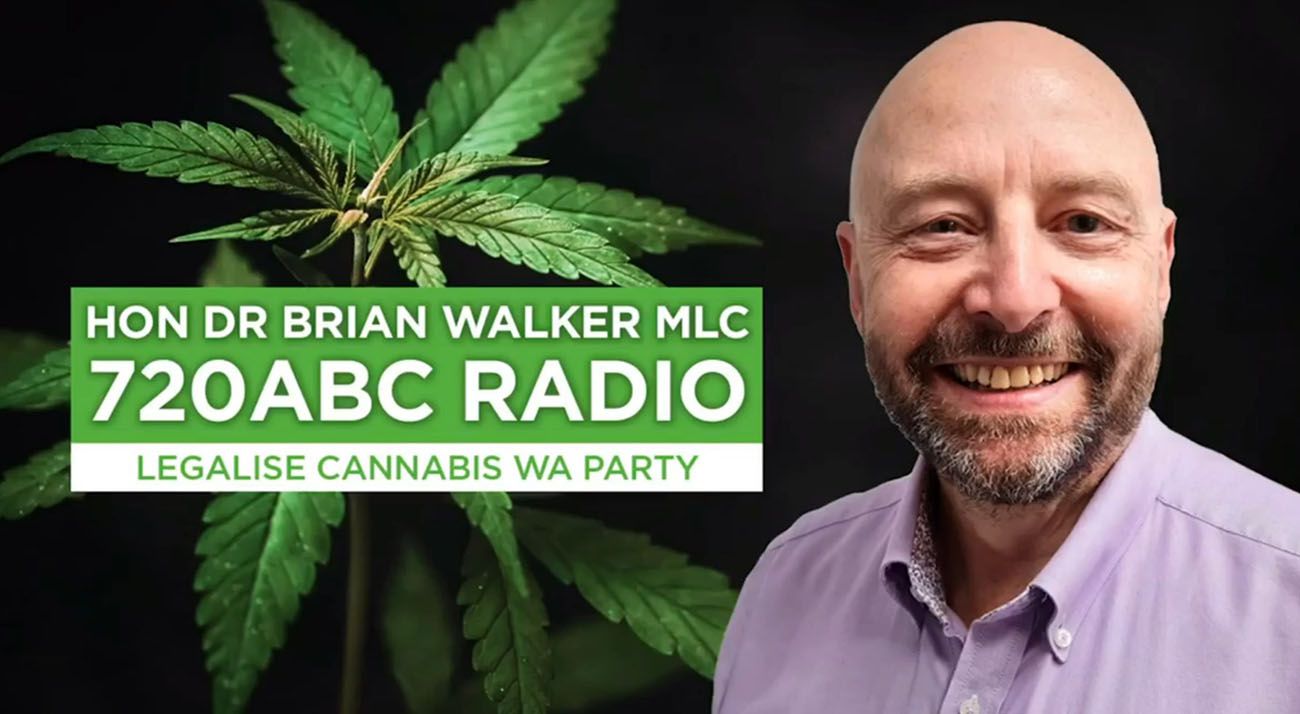 Dr Brian Walker was recently sworn into the Western Australian Parliament in the past few weeks, and his inaugural speech has earned him plenty of airtime on Perth’s local radio stations. First on 6PR, and most recently, on 720 ABC Radio.

Interviewer Nadia Mitsopoulos opened with a question most politicians would expect – “What are you seeking to change?”. Walker replied with a firm statement:

We’re seeking to right an injustice.

Nadia seemingly expected a more in-depth answer given the lengthy pause after his response. Walker went on to mention the current laws which see those growing cannabis at home for personal use could be seen as drug traffickers in the eyes of the law – a law which his party is trying to reverse.

One particular law that Walker has his eyes on is a recommendation made by Wayne Martin – that “the courts are not required to declare the person to be a drug trafficker”. Adding that courts are currently obliged to treat a person charged with a cannabis-related offence based on the weight of the drugs seized. Walker went on to mention that even though only a tiny part of the cannabis plant is consumed (less than 5% of the total weight), the police weigh the whole plant in the charges.

When asked on the likelihood on whether recreational cannabis will happen one day, Walker reiterated what he’s said many times before:

You can watch the full interview on his Facebook page or below: