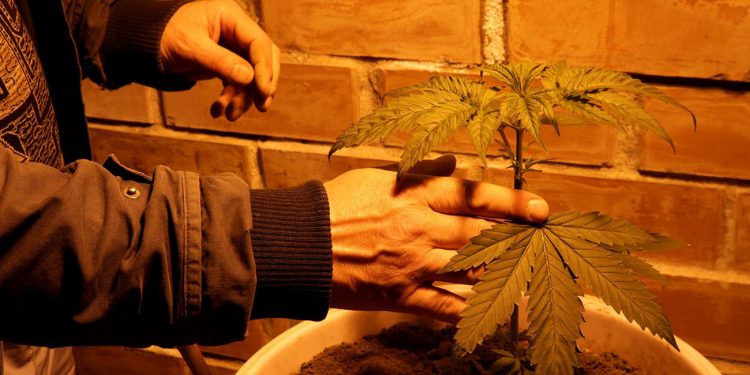 Police uncovered the cannabis operation last year (on April 25th) in nine rooms of a two-storey home in Portland. In total, police seized 296 cannabis plants with a total weight of 133.1 kilograms from the property. Some of the plants were only seedlings, and others were nearly ready for harvest. Police valued the cannabis at roughly $500k together.

These plants were growing in an extensive hydroponics set-up that included six timing units, 154 lights and a three-phase power supply. Between March 4th and April 25th, the operation was also powered with $9,932 of stolen power.

Police arrested 38-year-old Tuan Dang as he attempted to escape out the home’s back door during the raid.

Dang is not a new face in Australia. He travelled here in 2013 in a boat that the Australian Border Force intercepted. Dang then lived in a detention facility before he fled during a trip to church. Before he got involved in the Portland cannabis operation, he worked as a fruit picker and tried to obtain a visa through a scammer.

Dang faced Melbourne County Court on Thursday (August 12th) for his role in the Portland operation. He pleaded guilty to electricity theft, cultivating a commercial quantity of cannabis and possessing $610 in suspected crime proceeds.

According to police, Dang played a reasonably active role in the operation, as they intercepted phone calls between him and a co-accused. In the calls, he was heard arranging transport, collecting money, purchasing cannabis seedlings, and planting supplies.

He’s obviously an important participant in the cultivation and plays an important role in keeping that going.

Ultimately, Judge Gucciardo accepted Dang’s plea and will sentence the 38-year-old on September 12th. Dang is also expected to be deported to Vietnam, which he initially fled after engaging in an anti-government protest.