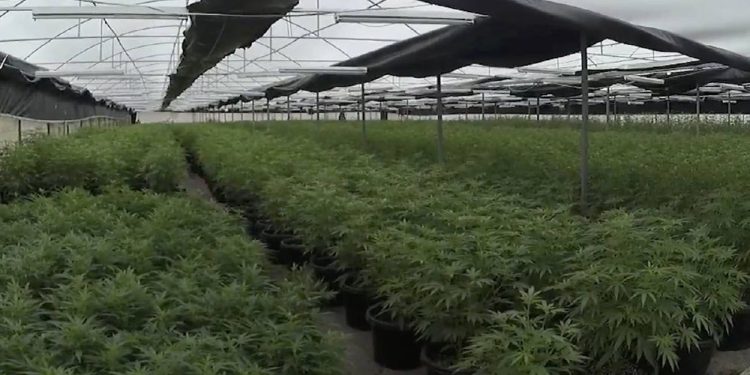 Queensland police have seized over 10,100 cannabis plants valued at about $25 million from a rural property in the Lockyer Valley (about an hour and a half west of Brisbane).

Detectives from the Firearms and Cannabis Team and members of the MOCS Rural and Gatton District Police discovered the cannabis after executing a search warrant at the property last Friday (October 14th). The property is located in Churchable – a tiny town north of Gatton.

According to a video published by Queensland police, the cannabis was growing in several large greenhouse-like structures with fans, lights and some hydroponics equipment. Many of the plants were also quite mature and had clearly been well taken care of.

Queensland police have arrested four men they believe are responsible for the Churchable cannabis operation. They charged the men (aged 37, 37, 42, and 48) with one count of possession of property used to commit a crime and one count of production of dangerous drugs (their words) each.

According to Detective Senior Sergeant Tony Parsons, the Churchable cannabis cultivation operation was one of the largest the drug squad has intercepted. He also reaffirmed the police’s dedication to “crushing criminal activity.”

As much as these criminal groups have no consideration for the harm they present to the public, the Drug Squad will always have a higher and more determined level of response and is dedicated to crushing criminal activity.”

The Churchable cannabis bust is part of an ongoing police operation targeting the distribution, tracking and production of cannabis in Queensland’s Darling Downs region. It’s definitely one of the largest cannabis busts in recent Australian history – though as Australians consume an estimated 2.6 tonnes of cannabis every day, it’s a drop in the bucket in the grand scheme of things.