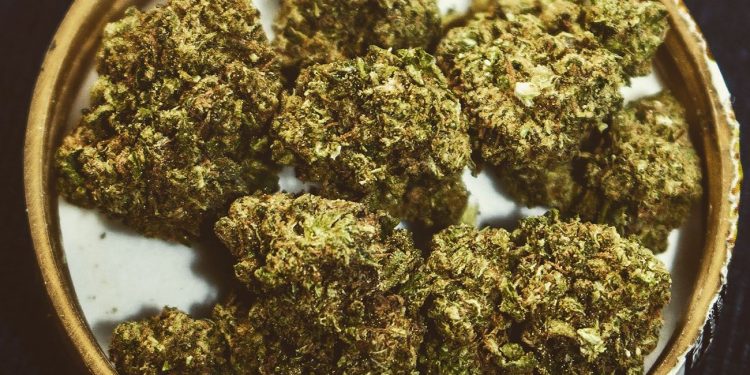 Dried cannabis on a glass plate

Queensland police have arrested a drink driver who was cruising down Flinders Highway with thousands of dollars of dried cannabis in a baggie on the backseat.

Police from Charters Towers Police station pulled the driver over at 3.10 pm on Monday (the 9th of August) after they caught him driving 119 km/h in a 100 km/h zone. When they spoke to the man, he admitted he was driving under the influence of alcohol and “consumed some liquor on route”. The 50-year-old from Hughenden would later return a positive roadside breath test confirming he was drink driving.

But police would find more than alcohol in his car.

When they asked the man if he had anything else, he handed them a pipe he used to smoke cannabis. He also exited the vehicle and pulled open his backseat. When police looked inside, they found a supermarket bag with two plastic baggies stuffed with dried cannabis.

The cannabis weighed 957 grams in total, making it worth about $17,000 (if you assume it’s worth about $18 a gram). Weirdly, Senior Sergeant Neil King from Charters Towers Police Station gave the Townsville Bulletin a much lower figure, as he valued the cannabis at $7,000.

He also described the situation as “unusual” and praised the officers involved.

While it is unusual to find this quantity of drugs in a routine vehicle intercept, the find was a result of proactive police work along the Flinders Highway,

After police saw the cannabis, they arrested the man and charged him with driving under the influence of alcohol, possessing drug utensils and possessing cannabis. The Hughenden man has now been released on bail and will appear in Charters Towers Magistrates Court next week (on the 16th of August). His baggie of cannabis will be destroyed.