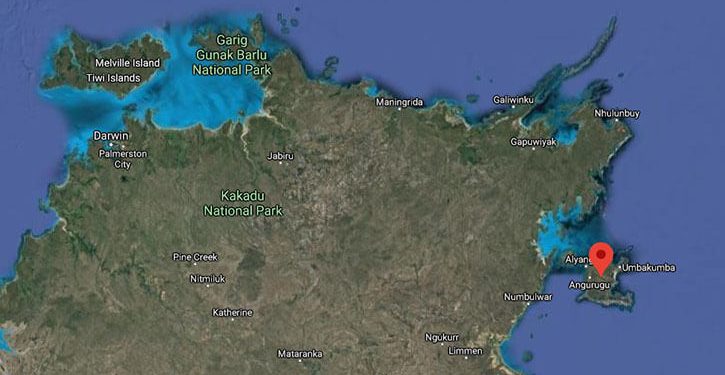 A grandma from the Northern Territory has been sentenced to 18 months in prison after being caught trafficking over 500 grams in cannabis.

The grandmother, 37-year-old Anthea Lalara, was arrested back in May of 2019 after she transported cannabis on a flight from Darwin to Groote Eylandt. After disembarking the plane, four packages of dried cannabis were found hidden under her clothing. The packages were wrapped up in layers of duct tape and plastic to conceal the drugs. However, this did little to ward off sniffer dogs who immediately identified the cannabis Lalara was carrying.

The grandmother initially argued that the cannabis was for her own personal use, but this excuse quickly backfired after police realized each package was labelled with the names of their intended recipients. Whoops!

According to the court transcript, Lalara is a single mother to three children and one grandchild. The grandmother only acted as a drug courier in exchange for drugs and money – as she travelled to Darwin, collected the drugs, and boarded a flight back to Groote Eylandt.

It was obviously planned in advance by you… you were clearly doing it for some sort of reward. – Chief Justice Michael Grant

However, it appears that whoever is wrapping these cannabis packages isn’t learning from their mistakes, as this isn’t the first time Lalara has been arrested for trafficking cannabis into Groote Eylandt.

In May 2015, Lalara was caught with a nearly identical package of cannabis in her luggage after sniffer dogs immediately identified the cannabis after Lalara’s Darwin flight landed in Groote Eylandt. However, in this instance, she was only carrying 22 grams of cannabis, which wouldn’t be worth very much.

Last Tuesday, Lalara was found guilty on in the NT Supreme court after her case was heard by Chief Justice Michael Grant. She was convicted on charges of Supplying a Commercial Quantity of Cannabis under the Misuse of Drugs Act. However, considering her family situation, the grandmother has been given a suspended sentence – meaning she will be released from prison after serving two months of her sentence.