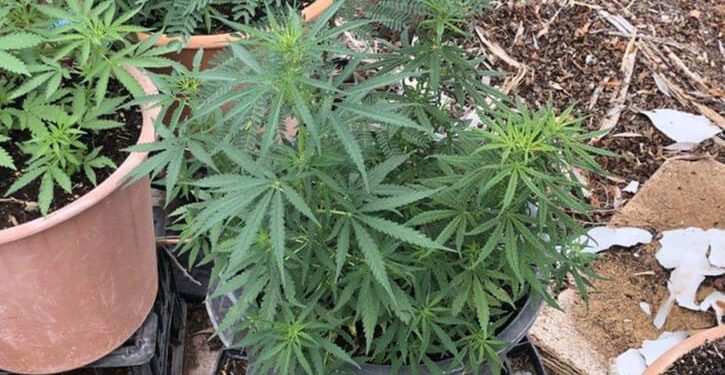 Cannabis plants being grown in pots in Australia

Northern Territory Police were called out to a bizarre scene recently after a man called them to report his cannabis plants had been stolen.

When officers arrived to investigate the robbery of a Tennant Creek home, they likely expected to find a small supply of cannabis – as possession of less than 50 grams has been decriminalised in the NT.

Their expectations were exceeded.

Instead, police uncovered 69 cannabis plants, and promptly arrested the caller – 61-year-old William Pointon. Clearly, Pointon is a talented gardener as some of the plants reached 1.5 metres tall.

While Pointon knew cultivation of the plants was illegal, he called the police after a young person broke into his house and stole some of his cannabis plants.

In court, Pointon’s defence lawyer Noah Redmond argued his client was trying to protect other young people in the area from having access to cannabis. He explained that:

Children are not capable of making decisions whether or not to smoke cannabis… so he called police to prevent them from having access.

According to prosecutor Glen Dooley, Pointon made a full confession to police. Apparently, Pointon has been cultivating cannabis for the last 40 years. When police arrived at his property, he invited them in and gave them a tour of his cannabis collection. He explained that while he believed cannabis should be legal, it is dangerous for children to consume.

Instead of selling cannabis for money, Pointon allegedly traded the plants for food, labour, and goods with his friends. After he showed Police around his home he was arrested on charges of cultivating cannabis in a commercial quantity. If found guilty on this charge, Pointon could be sentenced to spend up to 25 years in prison.

He will be sentenced later this week in the Alice Springs Supreme Court.