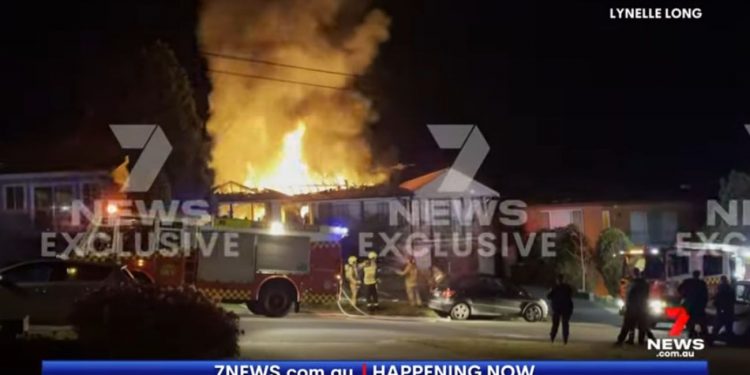 Two cannabis grow houses in New South Wales have caught fire and burned down in a single night – as illegal grow houses are a serious fire hazard.

The first grow house caught fire around 10 pm on Tuesday night (August 17th). The hydroponics operation was set up inside a self-contained unit on Carlington Road in Epping. While firefighters were able to put the fire out, the home was severely damaged.

Another cannabis grow house also caught fire just 20 minutes away from the Epping home. The fire in this house, located on Blackett Drive in Castle Hill, started after midnight on Wednesday (August 18th).

When Hills Police and Fire and Rescue forced their way into the home, they discovered that the entire four-bedroom home had been converted into a large-scale grow operation. While they were able to quell the fire, it had also utterly destroyed the home.

According to police, the source of the blaze may have been illegally diverted electricity that was powering the property. The home was also fitted with ventilation fans and heat lamps to grow the cannabis, which may have also contributed to the fire.

As electricians don’t wire grow houses up, they pose a serious fire risk to surrounding houses. Grow houses are set up as cash cows for criminal syndicates, so safety isn’t a number one priority (hence why black market cannabis often contains toxic chemicals). Many grow houses are also don’t have live-in residents, meaning neighbours are often left to call for help once a fire starts.

This could be what happened in Castle Hill, as neighbours called emergency services over fear the fire would spread to the home next door. One of these neighbours also spoke to 7News and said that the grow house was always a bit “sus”.

… but it was always a bit sus because the guys (who rented the property) would turn up every six months in a Mercedes, and we’re wondering what the hell was going on there.

Police don’t believe the grow operations in Castle Hill and Epping are linked, and it’s only a coincidence they both caught fire in a single night.