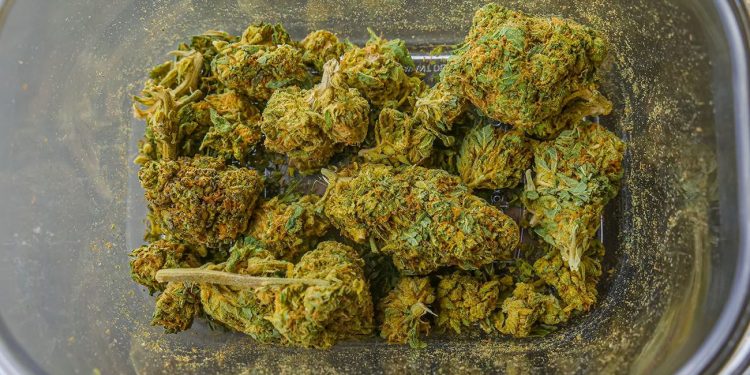 Cannabis in a plastic container

On Wednesday, November 17th, New South Wales police raided an unoccupied building in Mittagong after receiving reports about the property.

Inside the building, police from the Southern Highland Proactive Crime Team, the Hume Drug Unit, the Dog Unit, the Public Order and Riot Squad and the Hume detectives located 156 cannabis plants and 5 kilograms of cannabis leaf.

Police have valued all cannabis they seized at an estimated $500,000, and they say it was being grown hydroponically. They also noted that the property had sealed windows and multiple electrical transformers in the ceiling.

Considering that Mittagong has roughly 9,000 residents, such a large and well-established grow house is a strange find. Detective Chief Inspector Brendan Bernie went as far as to call it “unusual,” noting that the property is close to Mittagong’s CBD. The building is located on Old Hume Highway, and Mittagong is a 130 km trip from Sydney.

Detective Chief Inspector Bernie also stated that police believe the building may be connected to a larger drug syndicate (a trend they have noticed in similar drug cultivation set-ups in Sydney).

Police have concerns that there might be more premises like this in the area and we’re seeking public assistance in identifying premises used for this type of activity.

Detective Chief Inspector Bernie says that police are continuing their investigation into the Mittagong grow house but have not made any arrests yet. Wednesday’s raid was the result of a month-long investigation by police into cannabis cultivation in the Southern Highlands area. Police have forensically examined the building and are waiting to see if they can identify the cannabis gardeners with the results.