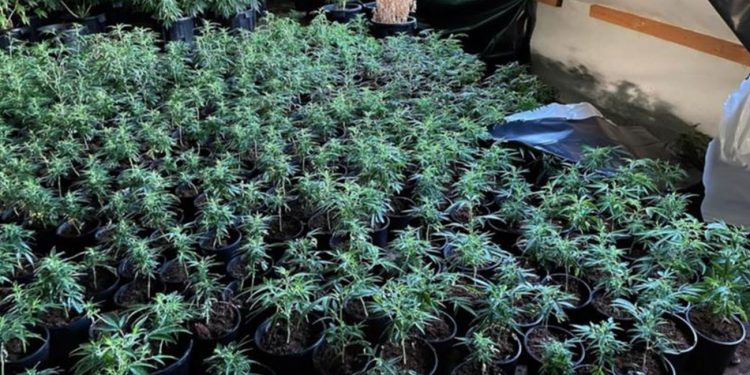 New South Wales police have discovered one of the state’s most extensive recent cannabis operations after the emergency services were called to a house fire north-west Sydney.

People called emergy services after the home’s shed burst into fire on Wednesday morning (August 19th). But when officers from Hawkesbury Police Area Command, NSW Rural Fire Service and Fire & Rescue NSW reached the property, they were in for a shock.

After extinguishing the fire, they realised the East Kurrajong property was home to a large-scale cannabis cultivation operation. In total, police seized 4,555 cannabis plants from the operation, which they valued at nearly $16 million. They also dismantled equipment used to grow the cannabis, as the home must have had a reasonably extensive setup to produce so many cannabis plants.

As cannabis is a cash cow, police say that a criminal enterprise may have used the grow house to fund other activities. And according to Drug and Firearms Squad Detective Superintendent John Watson, dismantling the operation will prevent the enterprise from making money from the crop.

These types of large-scale cannabis cultivation operations are dangerous and pose a risk to the community. The funding from these kinds of operations is commonly funnelled into other illicit activities beyond the cannabis trade.

The East Kurrajong home is the third grow house to catch fire in just 24 hours, as two other grow houses burst into flame the night before. These homes were located in Castle Hill and Epping, just under an hour away. The two fires were not related to each other.

Another major cannabis bust also occurred the same day in the British territory of Gibraltar after $24 million in cannabis resin was discovered on a boat. The cannabis was seized after the vessel rammed into a customs boat during a high-speed chase. The resin was stored in 65 barrels and weighed a whopping 2.6 metric tonnes – making this a pretty historical bust. Four people were also arrested in connection with the cannabis resin.

Back home in Australia, NSW police have asked that anyone with information on the East Kurrajong grow house contact crime stoppers.