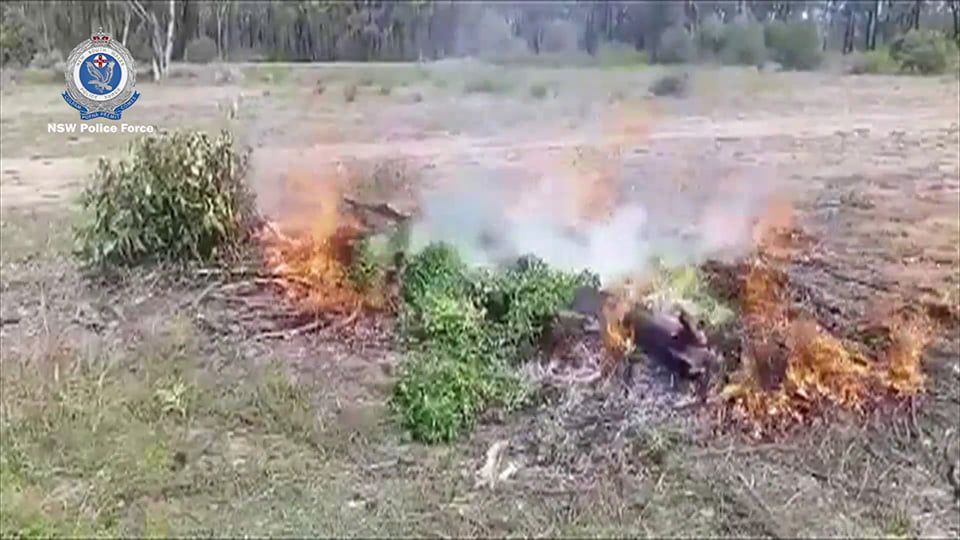 Cannabis being burnt by the NSW Police Force

Emergency services in New South Wales made a surprising discovery after they found a large-scale cannabis cultivation operation while investigating the source of “a large amount of smoke” in a rural area roughly five hours from Sydney.

At roughly 1:20 PM on Sunday (September 19th), someone in the Turners Flat area of NSW’s mid-north coast called emergency services to report smoke coming from a property on Willi Willi Road.

People from the NSW Rural Fire Service, the National Parks and Wildlife Service and Fire and Rescue NSW then promptly rushed to the scene. There, they made an unexpected finding: the property housed several greenhouses full of hydroponically-grown cannabis.

While they don’t have an exact number, police estimate that there were 2,000 cannabis plants spread across the property. These plants varied in size — from seedlings to fully mature plants. Had someone harvested them and sold them on NSW’s black market, police say they would be worth around $6 million.

On Monday, police returned to the Turners Flat property to dismantle the cannabis operation and will destroy all the cannabis plants soon. They are also investigating the grow operation and have asked anyone with information to contact Crime Stoppers or Port Macquarie Police.

While it may seem strange for a grow-operation to burst into flames unexpectedly, it’s not unheard of. Just last month, over $16 million in cannabis went up in flames after three grow houses burned down in less than a week.