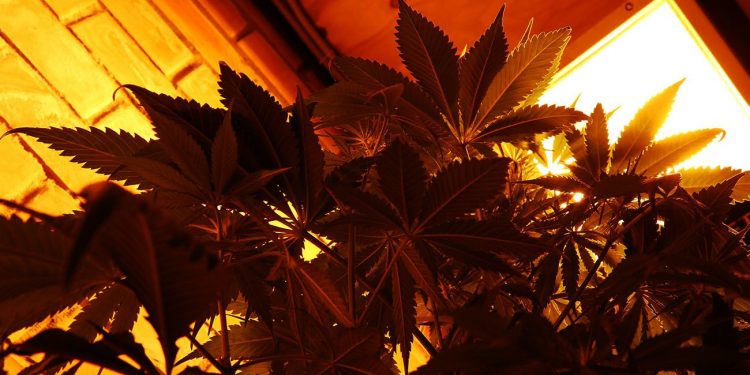 Dark orange photo of a cannabis plant under a light

On Tuesday (September 21st), a judge in the District Court of South Australia gave a 39-year-old man three years, two months and five days in prison for transporting cannabis in a hire car.

Apparently, the 39-year-old was caught attempting to traffic 40.9 kilograms of damp cannabis (about $45,000 worth). He was arrested in March 2020 after police discovered him unconscious in the driver’s seat of his hire car on a property at Blair Athol. But had he actually arrived at his destination, he would have earned just $500 for his effort.

That begs an interesting question: who really benefits from Australia’s cannabis black market?

According to a statement by District Court Judge Joanne Tracey, the same is true of the “bigger bosses” behind a $10 million cannabis operation that landed four Vietnamese men in prison.

Because, ultimately, that’s who Australia’s black market really benefits: criminal enterprises that have a stronghold on the $14.8 billion market.

Although Australian police try to crack down on cannabis cultivation operations, they’re fighting an uphill battle. In Victoria alone, police have estimated in the past that there are 1,500+ grow houses they “don’t have the resources to run full investigations on.”

But while cannabis enterprises may profit from cannabis (generally, without paying taxes), it’s others that pay the price. For example, in Western Australia, 91% of the cannabis-related arrests so far in 2021 have been on cannabis consumers.

So what does that tell us?

The people who benefit the most from the black market don’t pay the greatest price of prohibition: criminalisation.