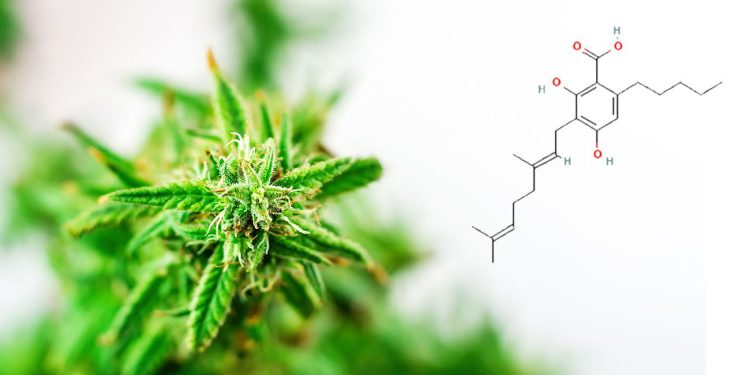 CBGA, what some call the “mother of all cannabinoids”, may reduce seizures more effectively than CBD, according to a new study from the University of Sydney.

Researchers from the Lambert Initiative for Cannabinoid Therapeutics have recently published a new study in the British Journal of Pharmacology. The study examines the anticonvulsant effects of seven rarer cannabinoids, including cannabigerolic acid (CBGA), cannabidivarinic acid (CBDVA) and cannabigerovarinic acid (CBGVA).

To examine their effects, the study tested the cannabinoids on mice who were given hyperthermia-induced seizures. These initial tests showed the CBGA was the most effective, so researchers decided to test CBGA on Swiss male mice who were given electroshock seizures. According to the study’s lead author Dr Lyndsey Anderson, both sets of tests showed that CBGA could potentially be more effective in treating seizures than CBD. CBGA is the precursor to cannabinoids like THC and CBD.

We found that CBGA was more potent than CBD in reducing seizures triggered by a febrile event in a mouse model of Dravet syndrome.

Dravet’s syndrome is a severe form of epilepsy that starts to affect people in infanthood. As Dravet’s syndrome can be resistant to conventional medications, it’s often difficult to treat and can reduce the quality of life of those who have it. Currently, some children with Dravet’s syndrome take the cannabis medication Epidiolex (though Epidiolex can be expensive and doesn’t work for everyone).

The Lambert Initiative for Cannabinoid Therapeutics has taken a special interest in Dravet’s syndrome because Katelyn, the granddaughter of the two donors (Barry and Joy Lambert) that started the Initiative, has it. Since starting cannabis, Katelyn’s family says her life has improved dramatically.

While the Initiative’s latest research into cannabis compounds is really fascinating, it doesn’t necessarily mean that children with Dravet’s syndrome will switch to CBGA. CBGA will still need to be tested in humans, and researchers say there are “several liabilities” that could stop CBGA from replacing CBD. Still, it’s interesting to see how quickly cannabinoid science is progressing.
If you would like to read the new study for yourself, you can find it here.