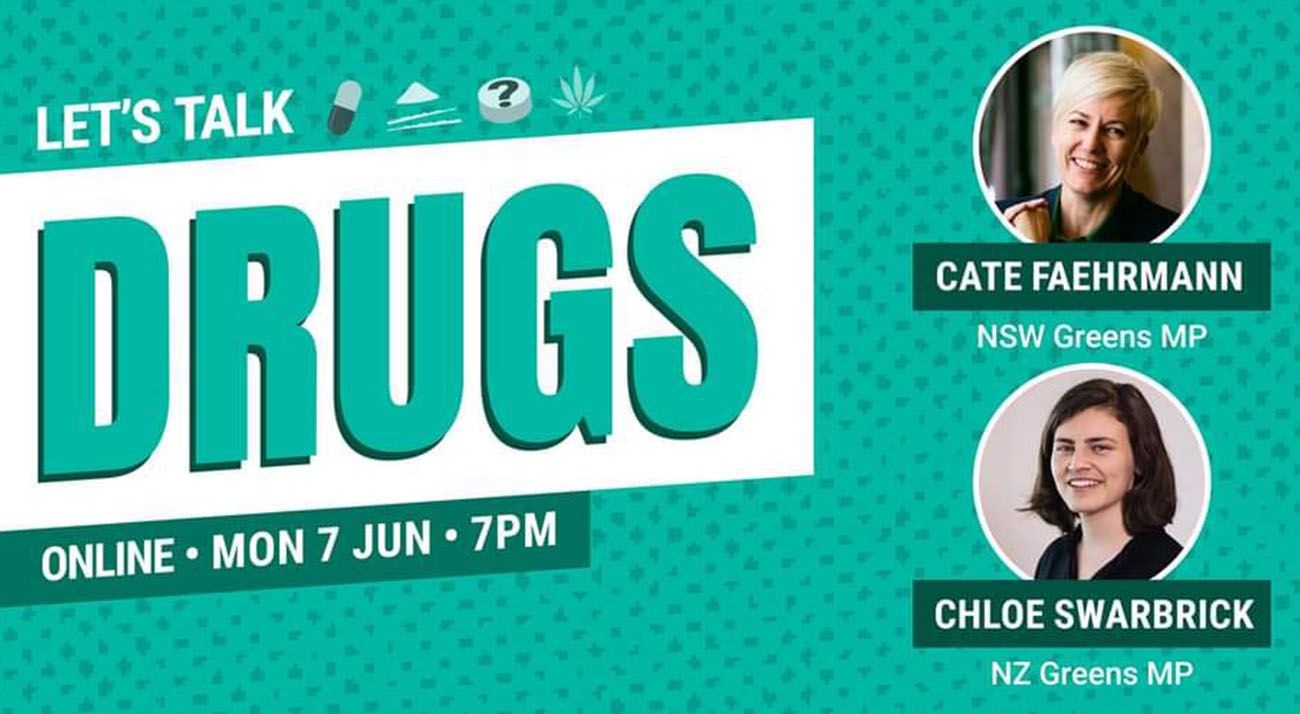 Faehrmann is one of Australia’s loudest pro-legalization MP’s. She made headlines in 2019 after she outed herself as an occasional user of MDMA. She is currently the Drug Law Reform spokesperson for the NSW Greens and is working on legislation that would legalise cannabis, decriminalise possession of other drugs, and legalise pill testing in NSW.

She is teaming up with Swarbrick, a Greens MP from New Zealand. Swarbrick is also the Drug Law Reform spokesperson for the New Zealand Greens and became the youngest member of parliament for 40 years when she was elected in 2017.

Together, Faehrmann and Swarbrick will hold a virtual event on June 7th, 2021, at 7 PM EAST (UTC + 8). The event will include a discussion about cannabis reform in Australia and New Zealand and presentations by both MP’s. Swarbrick will be sharing the lessons she learned after New Zealand’s cannabis legalisation referendum flopped after returning 50.7% “no” votes.

After the New Zealand referendum was narrowly shot down, it was Swarbrick who was quoted as saying, “we’ve lost the battle, but we’ll win the war.”

The event will also include a question and answer session and is geared towards discussing the next steps needed to regulate and legalise cannabis in both Australia and New Zealand. It is free to attend and will last approximately one hour. Anyone is welcome to participate in the event.

If you would like to attend the Let’s Talk Drugs event, check out the event’s Facebook page here or register here.