Great reviews for an important new book on cannabis legalisation 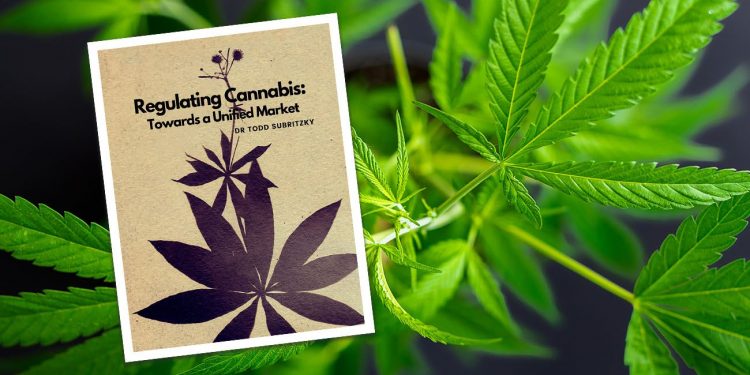 There was enormous interest worldwide in 2014 when Colorado became the first state to implement a fully seed-to-sale recreational cannabis market. Since then, a large pool of evidence has emerged that highlights the challenges and successes of the scheme and provides important information for other jurisdictions considering the legalisation of cannabis. ‘Regulating Cannabis: Towards a Unified Market’ is a must-read for anyone interested in the legalisation of cannabis.

Including analysis of hundreds of pages of government documents, almost 1000 media articles, and interviews in the field with over 30 senior government officials, industry executives, and front-line public health representatives, together with over 800 academic references, this meticulously researched book is the definitive account of real-world cannabis policy implementation.

​​​​​​​At a time when cannabis legalisation is spreading across an increasing number of jurisdictions globally, this book cuts across the noise and presents a factual account of issues faced by regulators in the real-world context of Colorado.  It can be read as an evidence-based handbook for regulators and should be the first port of call for anyone interested in the legalisation of cannabis.

The book also features a number of papers published in academic journals based on the PhD research of the author. The commodification of cannabis vs the craft approach together with the entanglement of the medical and recreational markets are two of many topical themes discussed in detail.

Multiple recommendations relevant for other jurisdictions considering the legalisation of cannabis are presented. Recognising the limitations of harm reduction approaches that cannot conceptually conceive beneficial aspects of cannabis consumption, a new framework, the spectrum of wellness is proposed as an alternative in Appendix 1 of the book.

This book clearly demonstrates authority in the field of international drug policy and draws predominantly on the latest evidence in doing so. It is a substantial contribution to an emerging policy issue with a plethora of new knowledge displayed throughout. Overall, I found this to be a vital addition to the canon of knowledge regarding cannabis policy change

Dr Mark Monaghan
Head of the Department of Social Policy, Sociology and Criminology,  University of Birmingham

The author has broadened the understanding of cannabis regulation when it comes to conflicts between consumer protection, private profit, and public health. He has successfully applied and enriched several theoretical concepts in the context of cannabis legalization, especially when it comes to ‘the elephant in the room’ – the wellness potential of cannabis on legal markets.

Not ‘if’ but ‘how’ to regulate cannabis

The book follows harm reduction principles and starts from the position that the prohibition of cannabis has failed by all reasonable metrics to achieve stated objectives of reducing consumption. Indeed, from academia and public health experts to the millions of people in Australia who consume cannabis, there is broad consensus that prohibiting cannabis has been politically motivated, disproportionately punitive and ultimately ineffective in reducing problematic consumption. For example, it has been shown that an estimated 26 million people have been arrested on cannabis-related issues since federal prohibition began in 1937 in the US (e.g. Drug Policy Alliance, 2019; Marijuana Policy Project, 2015; NORML, 2017; Rolles, 2012).

Indeed, for more than 120 years, starting with the comprehensive 3000+ page Report of the Indian Hemp Drugs Commission (1894/2010), large independent government-commissioned studies across several nations have recommended that cannabis be taxed and regulated (or at the very least decriminalised), as the best way to manage public health risks associated with its consumption. Included among these studies are:

These reports did not mean to say there are no risks associated with cannabis, rather the point is to highlight that the risks as they have been demonstrated scientifically, have often been presented out of context and exaggerated.

The studies all reached similar conclusions in that none of the recommendations to legalise or decriminalise cannabis were implemented. Indeed, in the most recent case in Victoria, Australia (2021), the Labor Government took steps to water down the recommendations of the committee before they were released publicly. Victorian senator Fiona Patten who led the study reportedly stated: “Time and time again the committee heard that the current criminalisation approach to cannabis in Victoria is not addressing problematic use of cannabis and is in fact contributing to the harms experienced by vulnerable groups”.

In this regard, it is clear that cannabis policy is driven by politics as opposed to public health evidence both in Australia and internationally. In ‘Regulating Cannabis’ the emphasis is on providing objective, real-world evidence on how the adult cannabis market was implemented in Colorado. In addition, there is discussion around a  wide range of policy alternatives that can be considered as alternatives to the strongly commercial model.

Todd is an independent cannabis researcher, entrepreneur and lecturer on the Health Information management program at La Trobe University. He completed his PhD with the National Drug Research Institute in Australia and was awarded Research Training Program Scholarship for students with exceptional research potential. His doctoral thesis received an examiner’s commendation for outstanding work.

His research has been published in multiple peer-reviewed scientific journals including the International Journal of Drug Policy, Drug and Alcohol Review, and Addiction and had been cited over 230 at the time of writing. He has presented his findings at international drug policy conferences in New Zealand, Australia and the US.

In addition, he is the founder of 5th Dimension Wellness, which has been advocating for better patient access to medical cannabis for patients in need in Australia for free for over five years. Finally, Todd is director of learning at Cannabis Education Online and also runs the Cool Hemp Stuff eCommerce site that is opening soon on the Central Coast of NSW.

Todd is a strong advocate for the legalisation of cannabis in Australia and around the world.

You can purchase the book here.