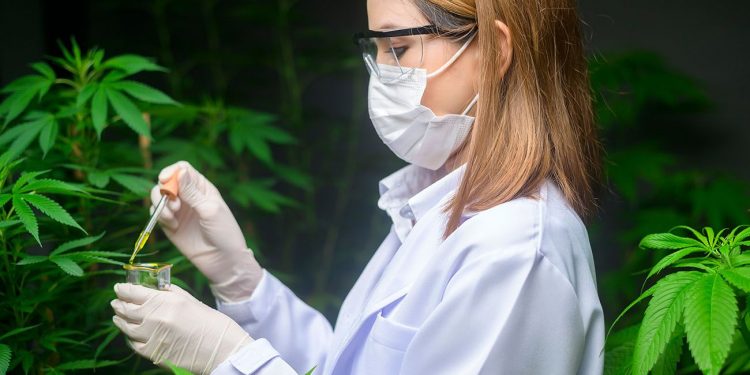 Cannabis scientist working with the plant

Zelira announced on Monday (September 20th) that it has signed an exclusive distribution agreement with IM Cannabis Corp’s (or “IMC”). IMC is the German subsidiary of Adjupharm — an EU GMP-certified medical cannabis distributor. IMC currently operates in both recreational and medical cannabis industries in Canada, Germany and Israel.

Under the new deal, IMC will purchase over $4 million worth of Zelira’s medication Zenivol. IMC will pay $98k in the first year, but the deal will last five years and officially started on Friday (September 17th).

Zenivol is a cannabinoid-based medication used for insomnia that was recently studied in a clinical trial conducted by the University of Western Australia. Published in the peer-reviewed journal SLEEP, the study concluded that the medication helped patients sleep for longer, go to sleep quickly and return to sleep quickly after waking. It also helped reduce their stress and fatigue. Australian patients have had access to Zenivol through SAS and the Authorised Prescriber Schemes since September last year.

According to Adjupharm’s CEO Richard Balla, the study’s positive results will help German patients gain access to it.

The positive results published in SLEEP from the University of Western Australia’s clinical trial will underpin patient and pharmacy interest in the product as we distribute it throughout pharmacies and pharmacy wholesalers in Germany.

German patients who take Zenivol may also pay less for it. Zelira intends to file for formal reimbursement for Zenivol from the German government. This will be the first time one of their products will get government reimbursement if it’s granted.

Zelira isn’t the first cannabis company to distribute their cannabis medicines in Germany, as other cannabis companies are also betting on the market. Companies are drawn to Germany for a few reasons, including Germany’s high patient numbers. In 2021, Germany has an estimated 120,000 medical cannabis patients, and in the first half of 2020, these patients spent €75 million (roughly $AU121 million) on medical cannabis products.

Zelira’s partnership with IMC also gives IMC the first right to negotiate in marketing Zenivol in other European countries, so Zelira could one day expand into other parts of Europe.