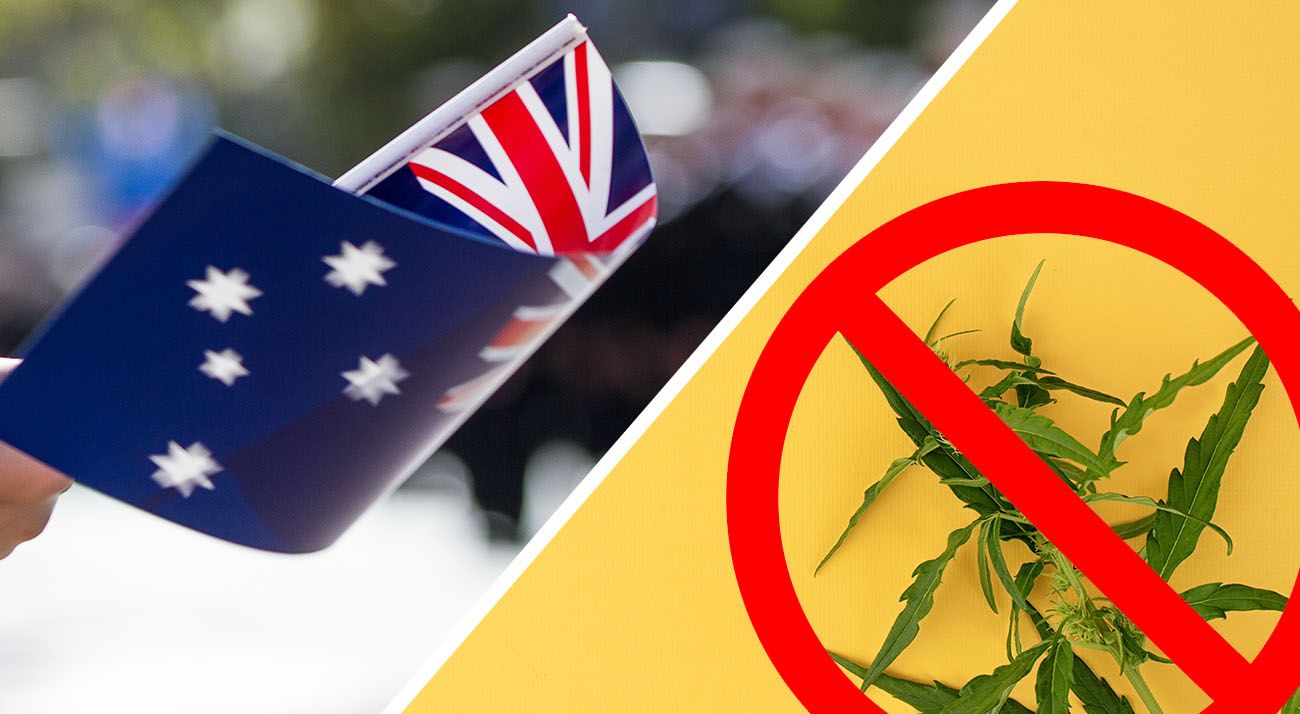 We gave a rather scathing critique of Gary Christian’s public submission into the ‘Inquiry into cannabis use in Victoria’ last week. The article was viewed by tens of thousands of people and widely received on Facebook and Reddit. Even LadBible and MensHealth picked up on Gary’s claim that cannabis turns “violence and aggression into homicide”.

Comments from readers ranged from well thought out responses to unsavoury, unintelligent insults. As such, he was almost obliged to reply. And he did – with a 1,500 word email.

We initially had plans to counter his arguments once again with our own research, but something a little more interesting came to mind. You.

Pondering Pot is a community of cannabis supporters, and that’s why you’re here, right now, because you’re part of the community. And so, to prove we’re not the only ones that believe in cannabis, we’re asking you to help us.

If you’d like to show your support for cannabis and debate Gary Christian’s response, please leave a comment below. You don’t have to address every point he makes, just the ones you’d like to. We’d love to see our community take on the debate as well.

This is his response, word for word (with some added formatting).

I just want to give you a reasoned and fully evidenced answer to various assertions you made in your article in Pondering Pot re my testimony to the Vic. Cannabis Inquiry.

Can I say at the outset that I respect anyone who goes to the trouble of attempting some rigour in critique, and the fact that you have screenshots of some of my slides and that you have checked my sources rates pretty well with me.

So just taking your assertions one – the ones needing to be challenged.

“To Gary Christian – if you can provide one documented source where cannabis use, and only cannabis use, has directly caused someone to murder one of their friends or family, we’ll shut down this website and join your cause – helping Australia become drug free (including alcohol, coffee, pain killers, opioids, and tobacco).”

My response is a simply SBS report on the Raina Thaiday murder of 8 children – 7 her own plus her niece  https://www.sbs.com.au/news/queensland-mother-who-killed-eight-children-deemed-unfit-for-trial.  The psychiatrist clearly puts the murder down to cannabis-induced psychosis/schizophrenia and that is what the court concluded.  Also https://www.sbs.com.au/news/why-cairns-mum-raina-killed-her-kids

I think that is all you asked for so I would like, seriously, to invite you to join us at Drug Free Australia in our work of informing Parliamentarians about the many harms of cannabis.  If you are as good as your word we can use someone with an eye for detail and evidence.

But I can give you a lot more. It just happens that the Thaiday murder is the opening story in Alex Berenson’s book Tell Your Children where he documents dozens of court records, newspaper reports of court records, and journal studies showing the link between cannabis induced psychosis and schizophrenia and violence and homicide.

There is a wealth of medical journal studies, and I don’t know of anyone who knows the literature that seriously questions the causality of cannabis as it tracks through to violence and homicide.  In fact it is so well understood that that was the reason I did not send more than one review to the Inquiry – one that specifically singles out domestic violence.  Anything I say in testimony to a Parliamentary Inquiry that is not already dealt with in the submissions we sent (there were two separate ones for Drug Free Australia) I always send in a day or two later, with chapter and verse and full copies of the journal studies.

Again, there are plenty of good journal reviews showing that cannabis leads to violence and aggression – the first is the one addressing moreso domestic violence.

CONCLUSION 12-1 There is substantial evidence of a statistical association between cannabis use and the development of schizophrenia or other psychoses, with the highest risk among the most frequent users. – National Academies of Sciences, Engineering, and Medicine; Health and Medicine Division; Board on Population Health and Public Health Practice; Committee on the Health Effects of Marijuana: An Evidence Review and Research Agenda. The Health Effects of Cannabis and Cannabinoids: The Current State of Evidence and Recommendations for Research (p. 295). The National Academies Press. Kindle Edition.

Again, we would be rapt if you let readers of Pondering Pot know this evidence.  I can cite literally hundreds of papers on these points.

Just by the way, the journal study supporting the 350% chance of suicide, was in Drug Free Australia’s Queensland’s submission as a full article reprint which is on the Victorian Inquiry’s website.  It is my job to speak to evidence given in our submissions.  The study was Association of Cannabis Use in Adolescence and Risk of Depression, Anxiety, and Suicidality in Young Adulthood: A Systematic Review and Meta-analysis | Adolescent Medicine | JAMA Psychiatry | JAMA Network

The evidence on cannabis causing vehicle and machine accidents in workplaces is so well known and accepted I didn’t even think of sending evidence.  It is such common knowledge that driving under the influence of medical cannabis will still be ticketed.  Why?  Because everyone knows the relationship between cannabis and driving accidents.

For many years now DFA has sent its own comprehensive 2007 review of cannabis and driving – a review still found on our website and sent to numerous Parliamentary Inquiries  https://drugfree.org.au/images/book-paper-pdf/DFA_CannabisPaper.pdf and my evidence more particularly referenced the French study

I sent the 2019 study to the Inquiry after giving my evidence.  This is a massive study of all CDC data in the US and the geo-spatial-temporal results demonstrate causality which goes well beyond the correlations, say of opiates and autism. https://www.longdom.org/open-access/effect-of-cannabis-legalization-on-us-autism-incidence-and-medium-term-projections.pdf  Also Mendeley Data – Impact of Converging Sociocultural and Cannabinoid-Related Trends on US Autism Rates Dataset: Combined Geospatiotemporal and Causal Inferential Analysis

Pregnant men should not use cannabis

Well, you CAN have pregnant men these days.  But the issue is that cannabis shattering chromosomes is as much a male issue as a pregnant mum issue.  The action is the same on male DNA and the damage is passed on in the sperm and then down to all generations following.  Chromothripsis causes mutations which cause cancers and congenital abnormalities.  Downs syndrome, cleft palette, and all those abnormities are no small things for the women who have these babies, but it is not just the female who contributes the faultry DNA.

Agreed – we need to do things differently

There were two sets of charts in my presentation – the increased use and harms of cannabis under a legalised cannabis regime and another set of charts at the end which was vastly decreased drug use under solid prevention programming.  Is the Australian Govt doing what works at this moment, as per Tough on Drugs?  Well no.  We know what works but our politicians just do the same old stuff.

When did you last see an SBS or ABC program carefully laying out the case against legalisation as I did the other day – and I could have gone on for another hour with evidence.  I would grant your point about the majority of Australians supporting legalisation only if I had seen them get a fair shake of both sides of the argument.  But no, they only hear one side, ad infinitum, like a broken record.

Not sure where this data comes from but we know the data from legalisation regimes shows a steep rise in driving deaths where cannabis is involved.

A letter sent to our President from Scott Morrison’s office clearly said that Federal law overrides Territory law where one contradicts the other.  And there were plenty of media articles in the ACT dealing with these kind of conflict issues.  I think you’ll find that most people in the ACT think that the Federal Police, which are the ACT’s police force, are acting under Federal law and not Territory law, therefore it is not legal.

No increase in hospitalisations for cannabis

They certainly had them in Colorado as per our data.  Do we even have a capture mechanism for such things in Australia?  Perhaps not.

We note that our graph on Colorado suicides only recorded cannabis-involved suicides.  It’s in the heading.  It is a fair assumption, that when cannabis causes a 350% greater suicide rate for users that the rise in cannabis suicides in Colorado are causally related to cannabis.

The issue is that there is increased use under legalisation, which means that both legal and black markets are growing.  Colorado’s HB220 and 221 under Governor Hickenlooper in 2017 addressed a growing black market, not a black market that had lost a chunk to legal markets.

So there you have it folks. What do you think? Let him know your thoughts in the comments below.