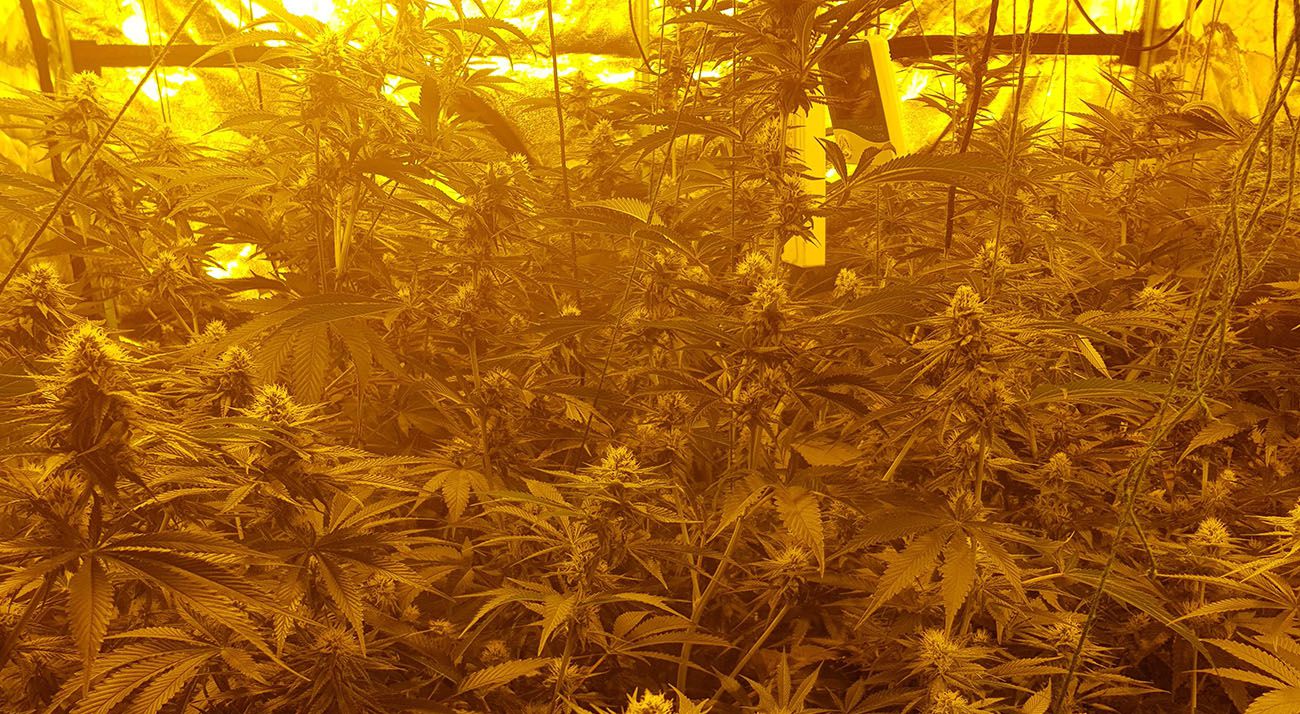 If there’s one thing many Australians aren’t aware of, it’s that they could be living right next door to illegal cannabis grow house and have absolutely no idea. And it’s all because of one thing – cannabis prohibition.

Australia is an island, which means there’s one of two ways for cannabis to get there. Either it’s imported from overseas, or it’s grown in Australian soil. With Australia’s border force ramping up efforts to stop the importation of cannabis and the devastating effects that Covid-19 has had on global trade, many organisations have chosen to grow local instead of importing it. Which has led to a boom in raids on cannabis grow houses around Australia.

As long as cannabis remains in prohibition across the majority of Australia, criminal organisations are not going to stop setting up their rental grow houses. The black market is simply too profitable. Australia’s cannabis industry easily makes it into the billions of dollars, and shutting down a few grow houses here and there doesn’t even make a noticeable dent into these vast networks of criminals. They’ll strike it off as a loss, let the low-level players take the charges, and rinse and repeat. The Victorian police even said themselves the “state police don’t have the resources to run full investigations on every one”.

To show the extent of just how bad Australia’s problem is with illegal cannabis grow houses, here’s a map showing a mere portion of those discovered over the last few years. Note that these are only the ones published in the news, the true number of grow houses is much higher than what you see below.

Keep in mind that these houses aren’t only being used as grow houses, they’re being taken away from Australians families looking for a home. These aren’t one-bedroom apartments, they’re large family homes with multiple rooms that could house between 10,000 to 20,000 people altogether.

On top of the more than 100 locations you see above, state police around the country already know themselves there are many more. Western Australian police say they are “finding two hydroponic cannabis farms a week on Perth rental properties”, Victorian police estimated there are around “1500 grow houses operating across the state [that] police don’t have the resources to run full investigations on” (despite them using heat-seeking helicopters specifically designed to find grow houses), and between 2011 and 2016 the New South Wales police “executed 411 warrants on premises, destroyed 48,000 plants worth $140 million, 800kg of cannabis worth $7 million, seized $878,000 cash and charged 189 people”. And what did they achieve? Nothing short of nothing.

Australian’s consumed record levels of cannabis of 2020 and the largest drug survey in the country revealed in 2019 that more Aussies want legal cannabis than not. Tell us again that Australia’s war on cannabis has been a success.

Not only are houses being used to grow cannabis, but rural and regional Australia is also home to industrial-scale cannabis farms worth hundreds of millions of dollars – which netted the police more than $200 million worth of seized cannabis in 2020 alone.

A large portion of the farms are set up by international networks, with Vietnamese criminal organisations controlling many. Tourists and students are lured into working on these farms with big promises of being able to send vast fortunes back home, only to be hit with the brunt of the charges when it all comes crumbling down. The kingpins are hiding far away from the reach of Australia’s law. And it’s going to continue unless something changes.

There is simply no logical reason to continue to keep cannabis in prohibition. Why continue to allow these criminals to siphon billions of Australian dollars offshore? Why continue to miss out on the opportunity to create new jobs and substantial tax revenues for the states? And why continue to subject Australian consumer of cannabis to harmful and carcinogenic toxins that illegal growers often use?

With more and more Australians publicly backing legalisation it’s only a matter of time before it becomes an election issue.