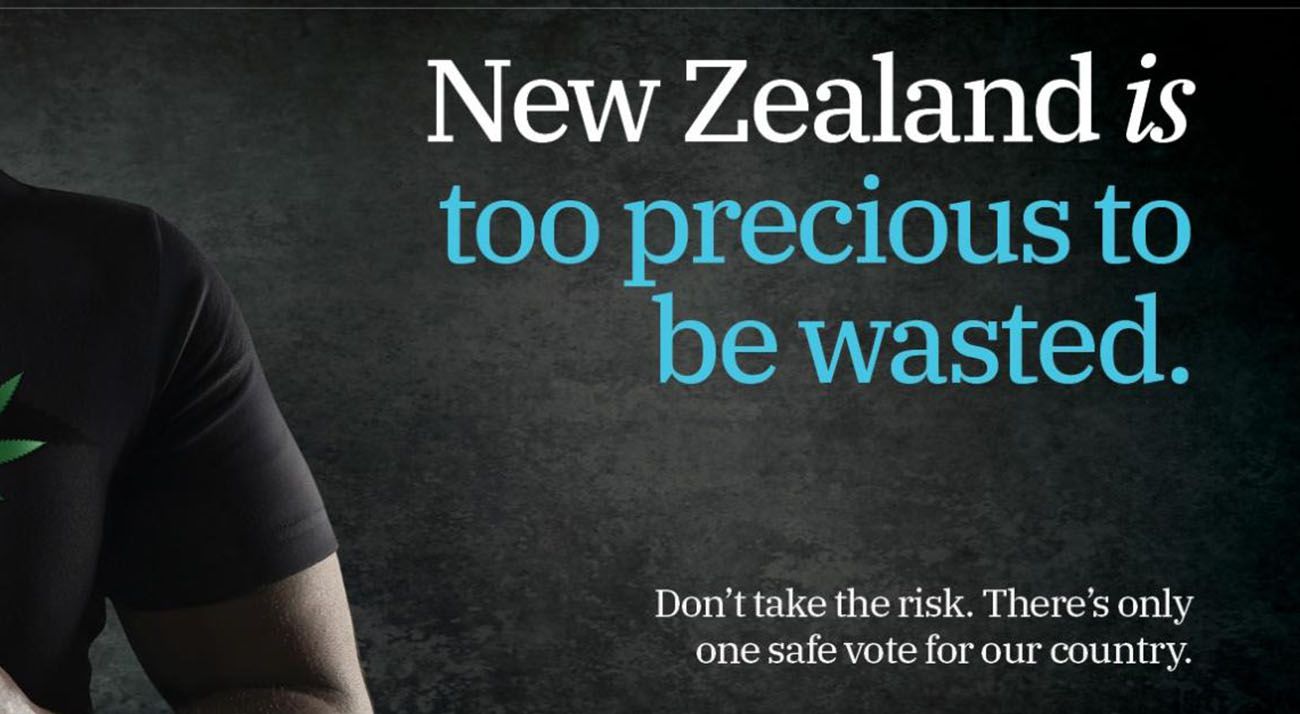 Say no to dope slogan

New Zealanders are due to vote in a cannabis referendum on October 17. If the referendum returns a ‘yes’ majority, the incoming government may introduce the Cannabis Legislation and Control Bill for parliament to vote on, which legalises the use of recreational cannabis by adults.

Last week, News1 released a poll showing that 53% of the country does not support the legislation. In light of support dropping for cannabis legislation in New Zealand, the leader of the ‘Say Nope To Dope’ campaign, Aaron Ironside, interviewed with 4BC’s John Stanley, telling listeners that legalisation will “opens Pandora’s box.”

Unfortunately, the interview was littered with fear-mongering, including that legalisation will open the door for minors to get their hands on cannabis from both the black market and the legal market. However, this is not in line with data from other countries.

A literature review published in the American Journal of Nursing shows that teen cannabis use did not increase after legalisation in Colorado or Washington. Several studies in Canada had consistent results, with the National Cannabis Survey actually showing that cannabis use in teens decreased after legalisation.

It’s likely too late for New Zealand as well, as the countries cannabis industry is already worth $1.5 billion annually. He also forgot to mention recreational cannabis could generate $1.1 billion in taxes every year, employ 5,000 people, and boost the GDP by $440 million.

Ironside also claims that the black market will grow in response to restrictions on cannabis dispensaries requiring all products to have a potency of less than 15% THC – which is the current average around the world. Unlikely, to say the least.

Harvard University’s Director of Economic Studies Jeffrey Miron has also pointed out that the only way to completely eliminate the black market for cannabis is to legalize it without excessive regulation or taxation, as he argues that:

Black markets arise only arise when government policy forces markets underground by outlawing them or by imposing excessive regulation or taxation.

Pretty simple really. If people are consuming something that’s currently illicit, have been doing so for decades, and will continue to do so for decades to come, what’s the point in continuing to fight it?

Ironside went on to mention that there will be a “cannabis shop in every suburb”, as reports provided to the government have proposed that there will be 419 cannabis stores in New Zealand. For context, Ironside told Stanley this is more than McDonald’s, Burger Kings and KFC’s combined (344 stores).

Yet made no mention of the 3,000+ liquor stores scattered around New Zealand – which cause far more harm than cannabis ever could. Alcohol Healthwatch, an organisation aiming to reduce alcohol-related harm, had the following to say about it:

And alcohol is by far the most harmful drug in society

It’s even killing up to 1,000 New Zealander’s ever year, 25% of them relating to injuries. Not only that, here’s what else alcohol plays a part in:

While this is great fear-mongering by Ironside, the number of cannabis stores is irreverent. Opioids account for 62% of drug-induced deaths Australia-wide, but we have 0 ‘opioid-stores’.

Say Nope To Dope have also come under fire for their use of the Kia-Ora Dairy storefront in their advertisements. The store is owned by Bhairav Patel, who told publication Stuff that the image was used without his consent. Locals have also described the ad as racist, as it implies New Zealand’s neighbourhoods will be overrun with cannabis-smoking Maori.

Ultimately, the Say Nope To Dope campaign is yet another example of dope-inspired fear-mongering.

On top of all that, the Say Nope To Dope campaign is clearly manipulating statistics on their website to benefit their motives. They claim “marijuana use rose by 19% over one year” in those aged 18-25, based on a study in California. Actually reading the study tells a very, very different story:

They calculated the 19% increase relatively, instead of the 4.6% increase – which is far more objective.

Say Nope To Dope also quoted the study saying “more than half a million (40%; 527,000) current marijuana users were underage”. Yet left out the part where the study mentions they are underage young adults between 18 to 20 years old.

Have you ever seen a clearer example of picking and choosing stats to fit you motive?

And that’s likely just the tip of the iceberg.

More than 500,000 Kiwis use cannabis on a regular basis, despite it being illegal.

The war on drugs has failed.