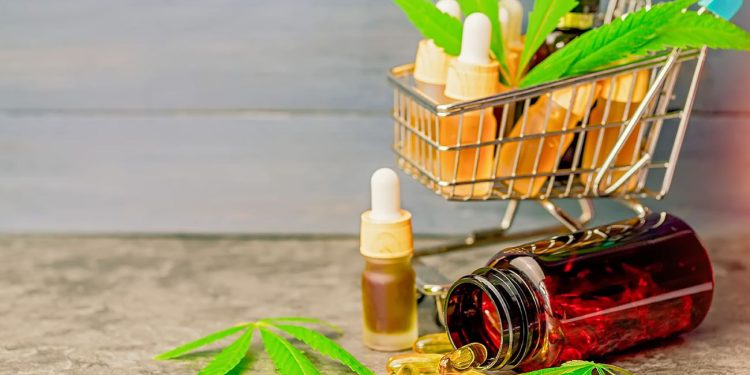 Cannabis in a shopping cart

Back in May, the Illinois Chamber of Commerce president Todd Maisch guessed that the state would hit $1 billion in retail sales before the end of 2021. Now, figures from the Illinois Department of Financial and Professional Regulation (IDFPR) show that the state has hit the golden milestone two months early.

According to IDFPR, adult-use cannabis businesses have sold $1.12 billion in cannabis so far in 2021. Exactly $123,375,372 of those sales came from October alone, and October was the eighth month that sales figures exceeded $100 million.

These sales figures are pretty staggering, especially considering that the retail market in Illinois has been operating since January 1st, 2020 with a population of less than 13 million.

Last year, the state collected $205.4 million in tax revenue. This money has gone towards several good causes, as $31.5 million has gone towards communities affected by the war on drugs, and $3.5 million has gone to street intervention programs aiming to reduce violence. The state will also fund a new initiative that provides legal aid to those convicted of cannabis crimes. Illinois isn’t the only state that’s putting cannabis tax revenue to good use. Schools in Nevada got $159 million from cannabis tax revenue this year and tax revenue provided $40 million+ in funding for schools in Colorado. Other states (like New York) are also expunging records.

Interestingly, Illinois’ cannabis revenue isn’t just coming from citizens. According to IDFPR, $81,212,423 of October’s sales came from state residents while $42,162,949 came from visitors. So many of these visitors come from Wisconsin that Wisconsin’s Governor Tony Evers joked that Illinois Governor J.H Pritzker “thanks me for having Wisconsinites cross the border to buy marijuana.”

If this joke is based on an actual event, there’s a good reason Pritzker is saying “thanks.”

Again: this could be Australia.

Editor’s note: all figures are in USD.