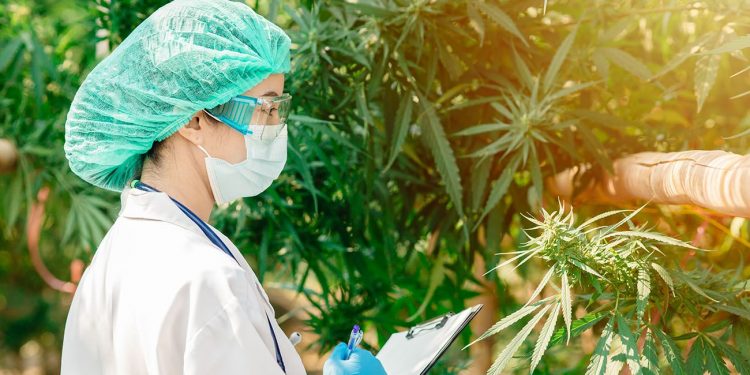 The study is being conducted by the UK’s National Health Service (NHS), the Brain Tumour Charity, and the Cancer Research UK unit at Birmingham University. It will include 232 patients suffering from Glioblastoma from 15 hospitals.

A previous study of 27 patients with Glioblastoma showed that some people who took a combination of chemotherapy drug Temozolomide and cannabis medicine Sativex “did better” than patients who just had chemotherapy. Sativex contains half CBD and half THC (cannabis’s psychoactive component). Australian doctors currently prescribe Sativex to relieve muscle stiffness in people with Multiple Sclerosis

The new study (known as ‘the Aristocrat study‘) will trial the Temozolomide and Sativex combination on a bigger group of participants. Two-thirds of the participants will take the combination drugs, while the remaining third will take Temozolomide and a placebo. Researchers in the Aristocrat study are looking to see if the combination of drugs can kill cancerous cells (which would help people suffering from Glioblastoma have a better quality of life for longer).

According to the Brain Tumour Charity’s interim chief executive Dr David Jenkinson, the study could give Glioblastoma patients a “lifeline” if it’s successful.

We hope this trial could pave the way for a long-awaited new lifeline that could help offer glioblastoma patients precious extra moments to live and make memories with their loved ones.

The study will last for three years and should kick off soon if it’s fully funded. The Brain Tumour Charity will pay for the study itself and expects it to cost £450,000 (roughly $AU845,910). They have currently raised £60,000 from donations.