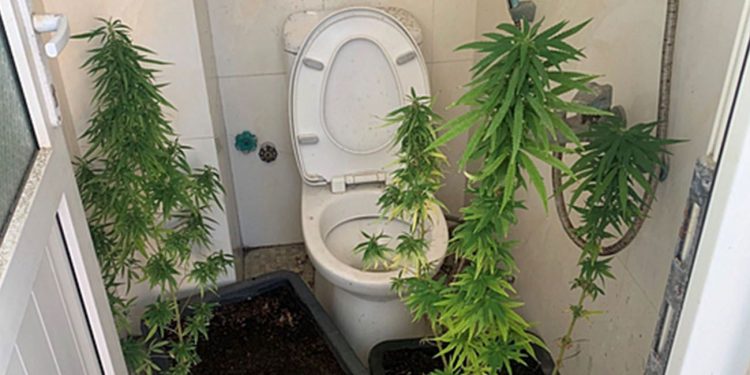 Cannabis plants in a bathroom

An Australian man who was caught cultivating four plants at his home in Da Nang may have to face Vietnam’s harsh drug laws.

Police discovered the 59-year-old’s cannabis plants on Monday (September 27th) as they inspected a house in the Ngu Hanh Son District in Da Nang. The man’s cannabis garden was situated on his house’s terrace, but he moved his plants into the bathroom when police arrived. Unfortunately for him, this didn’t work, as police discovered his plants and promptly arrested him.

At first, the man claimed he was only growing them as “ornamental plants”, but he later admitted he had them for personal use. Considering the man shared his home with his 34-year-old Vietnamese wife, his small cannabis garden would have been legal in the ACT.

Unfortunately, Vietnam’s drug laws aren’t so progressive. As he was only growing a small number of plants, the 59-year-old could pay a fine of around VND2 – 5 million (roughly $AU120 – 305). However, as he also tested positive for a “narcotic substance”, it’s difficult to say how things will turn out for him if police lay on more charges.

If he only gets a fine, he will have gotten off lightly — as Vietnam gives cannabis farmers caught with 500 – 3,000 cannabis plants six months to three years in prison, while those caught with more plants face seven-year sentences. Vietnam also uses the death penalty for some drug crimes. In September 2021, the kingpin of a gang was sentenced to death while his two accomplices got life in prison for smuggling ecstasy pills from Europe to Vietnam.

Hopefully, things will turn out well for the amateur gardener.