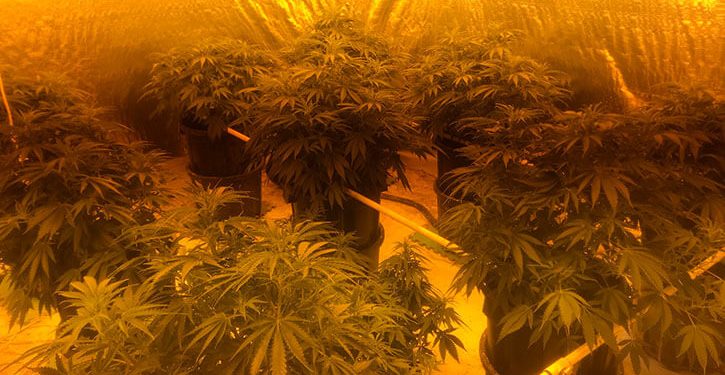 Following a tip off to crime stoppers from a concerned neighbour, another jam-packed to the rafters cannabis grow house has been shut down in the outskirts of Canberra.

Police were unbelievably quick to act in this instance, with the tip off call reaching crime stoppers on April 17, and the raid being conducted just a day later on April 18.

The warrant was for a search of a house in Gungahlin, about 15km north of central Canberra.

Upon entering the house, they were quick to realise no one was sleeping there, as there wasn’t any room for beds. Instead, five of the rooms had been set up for one soul purpose – growing cannabis. And that they were doing quite well.

Extensive hydroponic setups were found along with organisation and technical expertise (questionable) that could only come from long lasting experience in the industry.

Altogether, 93 cannabis plants were taken into custody, just a bit over the limit of four per household. The plants likely won’t see trial and head straight to execution.

No other arrests were made and the investigation remains ongoing.

The finding comes after four illegal grow houses were also raided and shut down last month in March.